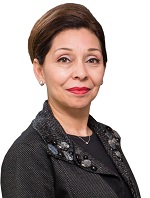 Atabay who worked as General Coordinator of Community Programs at General Secretary of the EU and studied the areas of introducing US educational policies, retired after 27 years of public service as a member of the Board of Education and Training and the US General Secretary in January 2006.